September 15, 2020 by Leslie Jones, Curator, Prints and Drawings at LACMA

Cirrus Editions celebrates its 50th anniversary this year! Founded by Jean Milant in 1970, Cirrus has been a stalwart presence in the Los Angeles print world, making a name for itself through its commitment to local artists and its embrace of unconventional printmaking techniques. Ed Ruscha was among the first artists invited to Cirrus and immediately offered up an unusual challenge: a two-color screenprint made with Pepto Bismol and caviar (in lieu of conventional inks). The result was Pepto-Caviar Hollywood, now an icon in the annals of experimental printmaking (and artmaking for that matter). In 1977–78 Joe Goode made lithographs at Cirrus that he subsequently slashed with a razorblade and, a few years later, produced his "Gunshot Series" of two-side lithographs punctured and tattered with shot. Jill Giegerich printed on rubberized cork, William T. Wiley on leather hide, and Greg Card on plexiglass. More recently, Cirrus published a print by legendary feminist and peformance artist Barbara T. Smith who improvised with her hands and face over the scanner bed in the process of capturing the final image. 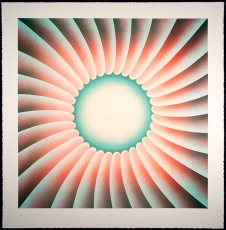 The Oregon philanthropist Jordan D. Schnitzer has acquired a significant archive of prints and other works on paper by the artist Judy Chicago with the goal of highlighting her six-decade feminist career through exhibitions and museum loans.

The purchase by the Jordan Schnitzer Family Foundation, encompassing over 300 limited-edition prints, preparatory drawings and sketches and copper plates, is entering a collection already known for championing women artists and artists of colour including Kara Walker, Lorna Simpson, Alison Saar and Hung Liu, according to Tonya Turner Carroll, the Santa Fe dealer and art advisor who brokered the acquisition. No price was disclosed. 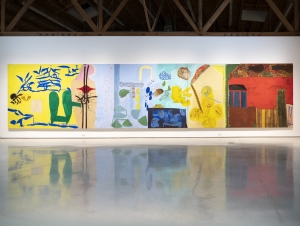 Charles Garabedian: Outside the Gates

In a bi-coastal collaboration, L.A. Louver and Betty Cuningham Gallery are pleased to present Charles Garabedian: Outside the Gates. Drawing from both galleries' long histories with the artist, this exhibition brings together two dozen paintings from the last three decades of Garabedian's life. The artist’s ability to tap into the collective unconscious renders the work timeless; while many of the figures may be familiar from myth, their staging speaks to our common lot as humans. With distinctive humor and pathos, Garabedian takes us on a trip as he moves toward finding himself in history, mythology, and by accident. 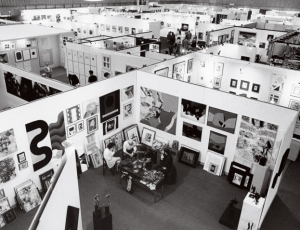 Launched the same year as Art Basel, Cirrus participated in the fair in its third year, in 1973.

A Conversation between Massimo Minini and Clément Dirié

The Italian gallerist reflects on his first Art Basel in 1977, his inaugural exhibition featuring Sol LeWitt and Daniel Buren, and how the artworld has changed since.

Active in Brescia since 1973, Massimo Minini and his namesake gallery are key members of a pioneering generation of the European artworld. Having first participated in Art Basel in 1977 and returned every year since, he has witnessed the development of the contemporary art scene over the last five decades. In the 1990s, Minini was a member of Art Basel’s Exhibitors’ Advisory Board. In this retrospective interview, he talks about his first years in the artworld and his Art Basel routine. 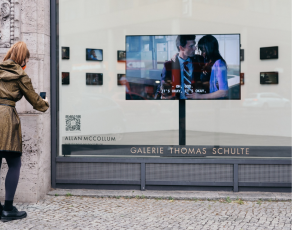 Everything Is Going to Be OK

From his image archive, An Ongoing Collection of Screengrabs with Reassuring Subtitles, with currently 1.200 screenshots from American TV series and movies, Allan McCollum has chosen 400 motifs with subtitles such as “It will be ok” or “Don’t worry, Babe” to be printed on canvas, each framed in a black wooden frame and measuring 10.4 x 17.2 x 1.6 in (26.3 x 43.8 x 4 cm). This group of works is especially designed for Galerie Thomas Schulte to be offered to friends, supporters and interested clients as a sign of consolation and to financially help two highly acclaimed art institutions, the ICA Miami and C/O Berlin, to cope in these difficult times. A selection of the works is on view at Galerie Thomas Schulte in an individual exhibition from May 23 through July 11, 2020. 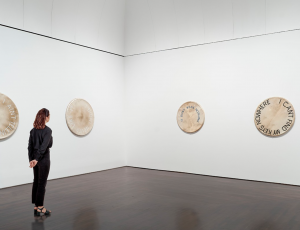 There’s a peculiar kind of patois, like Okie jargon. People have a funny way of speaking, almost like using bad English, double negatives like, “I can’t find my keys nowhere.” . . . Yes, they were incorrect, but they had a punch to them.
—Ed Ruscha

Gagosian is pleased to present recent paintings by Ed Ruscha online for galleryplatform.la. The works are currently featured in the solo exhibition Drum Skins at the Blanton Museum of Art in Austin, Texas. Due to the ongoing health crisis, the museum is currently closed. 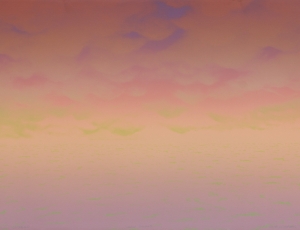 For Peter Alexander, the moment that helped change the direction of his art arrived after a mundane session of ding repair on his surfboard in the 1960s.
He had poured some resin into a paper cup to seal his board, and over the course of several hours the resin hardened into a translucent puck.
“I remember at the bottom of the Dixie Cup, this clear material,” he told a documentary team from the Getty Conservation Institute in 2014. “And I was doing a project and I thought, ‘I bet this could be done in polyester, in this resin.’ So I started casting it in little things — like little boxes.”

Those experiments with industrial materials, begun when he was a student at UCLA, led to the creation of ethereal sculptures that evoked the quietly shifting nature of light, color and environment. And they put Alexander among the vanguard of Southern California’s Light and Space artists, a movement that brought buoyancy and perceptual play to Minimalism, which until then been dominated by the more austere forms emerging from the East Coast. 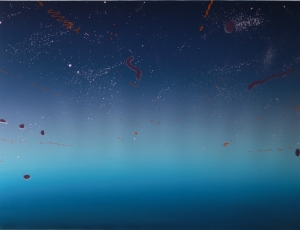 Peter Alexander, an American painter and sculptor closely associated with the Light and Space movement of 1960s Southern California, has died at the age of eighty-one. In contrast to his West Coast Minimalism counterparts like Robert Irwin or Douglas Wheeler, Alexander eschewed immersive, ephemeral environments in favor of contained microcosms of translucent polyester resin and Plexiglas to create works that radiated their own inner light. Though best known for his early experimentations in synthetic materials and their pigment, scale, and shape, by the ’70s the toxicity of his initial medium led Alexander to shift to painting and drawing.